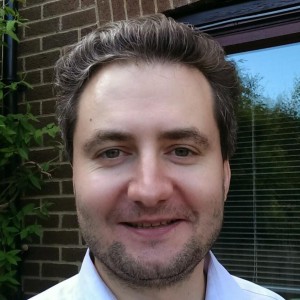 Vladimir was born in 1977 in Zhukovsky, near Moscow, graduated from Moscow Aviation Institute receiving Masters degree in Computers in 2000. He started his career in IT in 1991 as a assistant in the compute lab of Tupolev Aircraft Design Bureau. Before joining Intel in 2003 Vladimir held several IT jobs in different companies (ranging from Education to Investment Banking verticals), beginning as a programmer and reaching Deputy Head of IT and Project Manager positions. At Intel he started as IT Construction Project Manager, supporting Intel R&D growth in Russia then transitioned to Site IT Manager for 3 biggest Russian sites in Nizhny Novgorod, Sarov and Moscow, then he joined IT@Intel Program, supporting European Enterprise sales team & Marketing . For over 4 years, from 2007 till 2012, Vladimir was working as General Manager for Intel branch in Nizhny Novgorod. He was responsible for running the operations of the oldest and biggest Intel site in Russia, supporting its continued growth. Since 2012 Vladimir is working as the Risk & Controls Program Manager for Greater Europe Region. Vladimirs hobbies include teaching (he delivers over 150 hours of trainings at Intel annually), motor sports (rally racing), rollerblading and reading modern literature & classics.